As the years go by there is the growing realisation that you may be the sole custodian of certain memories and a particular experience of history. While the communities in The Village and in Greenfaulds Crescent were less affected by the New Town, just about everything else was swept away. It wasn’t just the mounds of earth that were gouged from the ground and dumped elsewhere. People and a shared history going back hundreds of years was also fractured and broken. Farms, farming people, weavers, railway workers, men with jobs in the city and fire-clay workers and the settled community they knew, largely vanished. Perhaps you’d like to help me recapture those shared memories of the life and times of Our Cumbernauld? 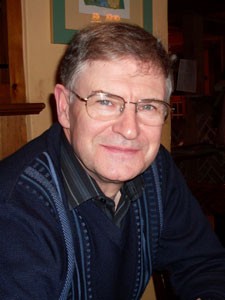 I’m Iain Fairweather and I grew up at Tannoch Farm, now Tannoch Stables, and attended Southern District Primary. I have vague memories of the Coronation on TV, Sunday School and Christmas Parties in the Southern District Hall and School Trips. My aunt and uncle were the Bell’s at the shop. Palacerigg was a large farm and not the country park it is now.

Much of what we grew up with in Cumbernauld whether in the village or in my case, around the around the Station, has long since gone. So before all the memories go as well, I thought I’d try and pull together my own recollections and my own research into the life and times of Cumbernauld.

The old Village largely remains as does Greenfaulds Crescent and the building known as Bell’s, officially Station Buildings. Our Cumbernauld has gone and many residents were absorbed into the fabric of a Brave New World. But the memories live on, for now. Perhaps like me you’ve been asked to relate to “incomers” what it was like to grow up there. There are various online forums and Facebook pages discussing the town and sharing photos of its development, but little that reveals what life was like pre-New Town.

I’ve pieced together our family tree and have discovered that our own family has deep roots in Cumbernauld life, both in the Village and around the Station – but the picture is incomplete. Many families lived and worked there and many paths crossed in the bustle of daily life and some families joined together in marriage.

In 1848, when the new railway cut across the landscape there was a small community in the village – and not a single dwelling around the Station. Nearby there were farms – Carbrain, Kildrum, Greenyards and numerous others ranging in size from a few acres to a few hundred. Did you know there was an Easter and Wester Burntrig and a Blackmyreknowle farm?

What are your memories of the 50s and 60s anywhere in the area pre-New Town? Do you have family photos or pictures of places that were special?

Here’s a list of things for us to hang our thoughts on.