Then and Now Maps

If you have ever wondered where the old roads and buildings were located, here’s a couple of overlay maps I’ve prepared. See the location of the Post Office, Southern Hall, Southern District School and the route of the old A73 with Norwood and Glenview Cottage. Note also the Brickworks and the route of the line to the clay mines. Also Glencryan Road and where it ties up with the current road layout. The dark, irregular, lines indicate the old map layout. The one thing that has never changed since 1848 is the route of the railway line. One thing that helps confirm the line of the old A73 is that if you ever get the chance to visit the Baptist Church in Greenrigg Road they’ll confirm that the remains of the old tarmac can be seen under the floor. I remember the church being built and recall the old road alongside.The grounds of Greenfaulds House and Hawthorn House largely remain.

I’m not sure how accurate the overlay maps are below but this link will show you a side by side map image and allow you to pin-point exact locations. 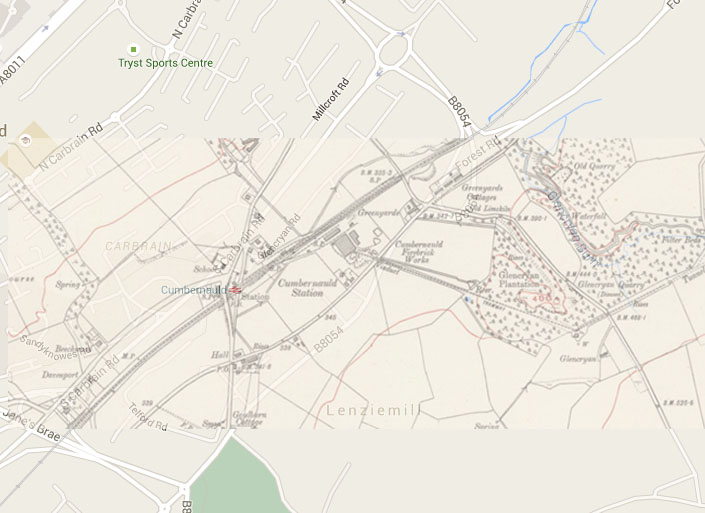 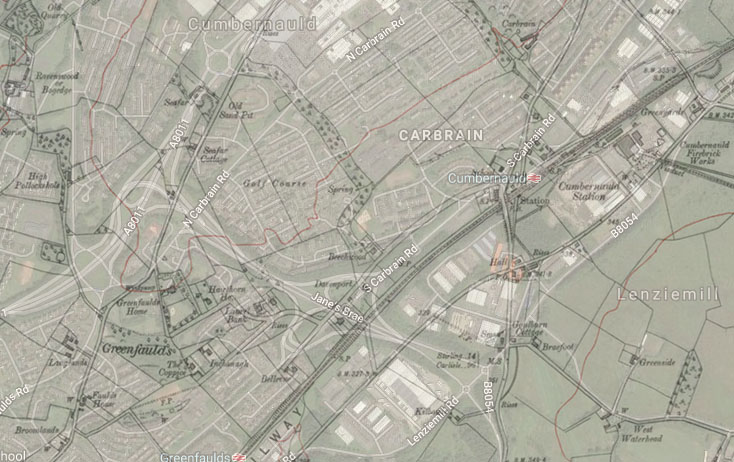